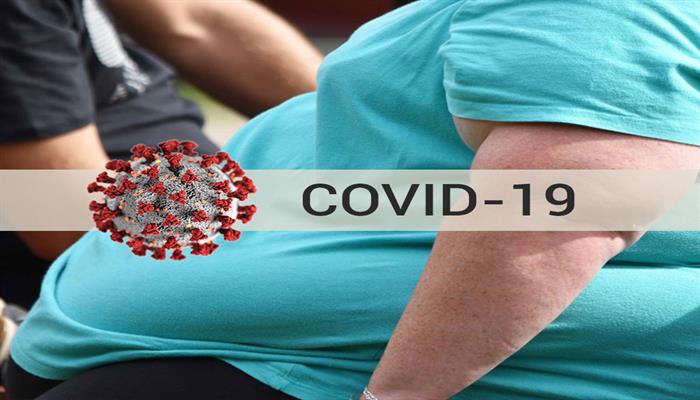 London - Obesity is possibly one of the most important risk factors for a severe course of infection with the new coronavirus SARS-CoV-2. While the British Prime Minister attributes his serious illness to his weight problems and the government has launched a major campaign against obesity, the health authority Public Health England is summarizing the current state of knowledge in a report.

Obesity is particularly widespread among socially disadvantaged sections of the population and in the BAME group ("Black, Asian, and minority ethnic"). Above all, the women among the “blacks” fall out of the ordinary: 53.6% of them are obese, while the proportion of men at 27.7% is no higher than that of the “whites”. Asians are less obese than the average, with 16.3% of men and 23.6% of women.

Whether the high prevalence of weight problems in the population (and especially in the BAME group) is responsible for the fact that the COVID-19 epidemic was more violent in the UK than in other countries has not been established, according to Public Health England. However, the report provides a number of clear indications that show that people with weight problems are at greater risk of developing COVID-19 particularly hard when infected with SARS-CoV-2.

This includes, for example, that 7.9% of critically ill patients in the UK intensive care units had a BMI of over 40, compared with 2.9% in the general population. The risk of intensive care increased exponentially with the BMI.

Many obese people have other health problems, especially type 2 diabetes, which is also a risk factor for a severe course of COVID-19. According to the report, this only explains part of the disease risk.

According to the report, possible mechanisms for a direct impact of obesity are impaired breathing due to fat deposits in the upper airways and on the thorax, the inflammatory reactions in the body associated with obesity and possibly also an increased immune reaction to the pathogen that leads to the development of thrombosis favored.

The report points to numerous studies in which a weight loss of 5 to 10 kg has reduced the risk of disease and death in obese people. It is unclear whether weight loss would also protect against COVID-19, but in view of the experience with other diseases, it can be assumed