Obesity: Students who eat in the canteen are less affected 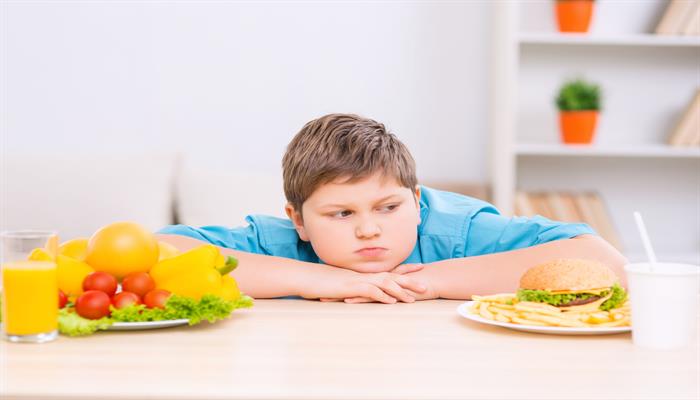 Leipzig - Children who eat in the canteen at school and who shop less often in kiosks and grocery stores near the school due to a lack of pocket money tend to be obese less often. This is what scientists from the Integrated Research and Treatment Center (IFB) Obesity Diseases of the Leipzig University Medical Center report.

To this end, the researchers examined 1,215 children at 41 Leipzig schools. Students in grades four, six, seven and eight participated in elementary and secondary schools. "Recognizing changeable influences is important in order to create a health-promoting environment in schools for all children," said Tobias Lipek, head of the Leipzig School Nutrition Study, explaining the background to the study.

The evaluation of the study showed that around twelve percent of children are overweight or obese. According to the IFB, this value corresponds to the findings of other Germany-wide studies. 67 percent of the students go to the school canteen regularly.

“The absolute figures show that among the students who eat regularly in the school canteen, there are fewer overweight children than among those who do not participate,” said Peggy Ober, researcher and coordinator of the project. However, this is only a trend.

With regard to the menu, the researchers found that six out of ten providers meet at least 60 percent of the quality criteria of the German Nutrition Society. Around nine percent of children usually do not eat breakfast on school days, and almost six percent never eat it.

“We have seen that the proportion of overweight students was higher among those who did not have breakfast. However, our cross-sectional study cannot make any statements about what is cause and what is consequence. We can only show the context, ”said Ober.

According to the results of the study, the Leipzig students have an average of 15.37 euros in pocket money per month. "Our figures show that the students who have a lot of pocket money at their disposal go to the local shops and buy groceries more often," said Lipek.

Since children tended to buy unhealthy goods in supermarkets and fast food shops, the researchers conclude that better acceptance and higher attendance at school lunches could contribute to improved child health.

The researchers recommend setting up an intervention study on the basis of the available data: It is conceivable, for example, to examine the influence of a breakfast offer for all children in school on overweight and obesity or to test various measures to improve the quality and acceptance of school meals.