Hormone that shuts off hunger could help fight obesity 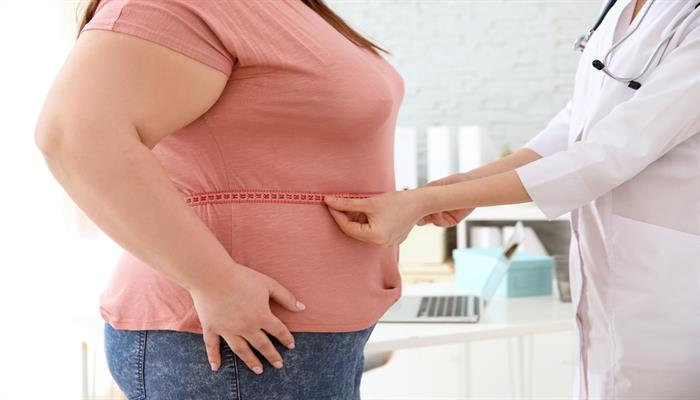 A hormone that can suppress food intake and increase bloating in mice has shown similar results in humans and non-human primates, according to a new study published today in eLife.

The hormone lipocalin-2 (LCN2) could be used as a potential treatment for people with obesity whose natural signals of fullness are no longer working.

LCN2 is mainly produced by bone cells and occurs naturally in mice and humans. Studies in mice have shown that long-term administration of LCN2 to the animals reduces food intake and prevents weight gain without slowing down the metabolism.

"LCN2 is a post-meal satiety signal and causes mice to limit their food intake. It does so by acting on the hypothalamus in the brain," explains lead author Peristera-Ioanna Petropoulou, a postdoctoral fellow at Columbia University's Irving Medical Center, New York, USA, was in the Helmholtz Diabetes Center of the Helmholtz Zentrum München, Munich when the study was carried out. "We wanted to see if LCN2 had similar effects in humans and if a dose of it could cross the blood-brain barrier."

The team first analyzed data from four different studies involving people in the United States and Europe who were either normal, overweight, or obese. Individuals in each study were given a meal after an overnight fast and the amount of LCN2 in their blood before and after the meal was examined. The researchers found that in subjects of normal weight, LCN2 levels increased after eating, which coincided with post-meal satisfaction.

In contrast, LCN2 levels decreased after a meal in people who were overweight or obese. Based on this post-meal response, the researchers grouped people as non-responders or responders. Non-responders who showed no increase in LCN2 after a meal tended to have larger waist sizes and higher markers of metabolic disorders - including BMI, body fat, increased blood pressure, and increased blood sugar. Notably, however, it was found that people who lost weight after gastric bypass surgery had restored sensitivity to LCN2 - which changed their status from non-responders before surgery to responders after.

Taken together, these results mirror those seen in mice and suggest that this post-meal loss of LCN2 regulation is a novel mechanism that contributes to obesity and could be a potential target for weight loss treatments.

After checking whether LCN2 could get into the brain, the team looked at whether treatment with the hormone could reduce food intake and prevent weight gain. To do this, they treated monkeys with LCN2 for one week. They saw a 28% decrease in food intake compared to pre-treatment within a week, and the monkeys also ate 21% less than their saline-only counterparts. In addition, measurements of body weight, body fat and blood lipid levels showed a downward trend in treated animals after only one week of treatment.

"We have shown that LCN2 reaches the brain, reaches the hypothalamus, and suppresses food intake in non-human primates," concludes senior author Stavroula Kousteni, professor of physiology and cell biophysics at Irving Medical Center, Columbia University. "Our results show that the hormone can curb appetite with negligible toxicity and lay the foundation for the next level of LCN2 testing for clinical use."