Diet can affect your body's clock and hormonal responses 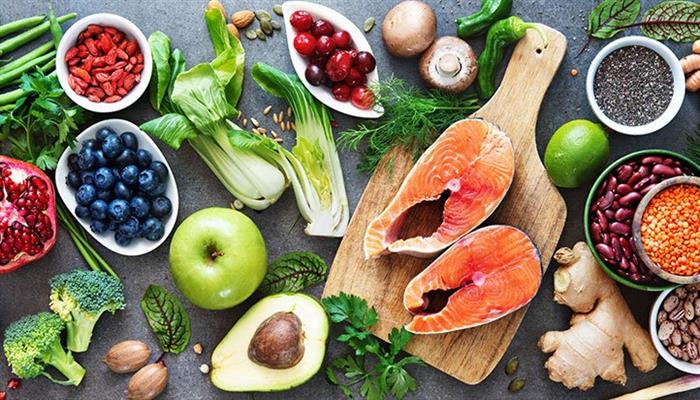 For the first time, a study led by Helmholtz Zentrum München and the German Center for Diabetes Research (DZD) shows how glucocorticoid hormones, such as cortisol, control sugar and fat levels. In particular, the difference between day and night, food intake and fasting as well as rest and activity was observed over a period of 24 hours. The research on mice makes it clear that the daytime-dependent metabolic cycle is altered by a high-calorie diet. Because glucocorticoids are widely used to treat inflammatory conditions, the published findings in the Molecular Cell journal suggest that lean and obese patients may respond differently to steroid therapy. Furthermore, the study illustrates the biological function of the daily rhythm of hormone release - high before waking and feeding, low during sleep and fasting - as well as the daily cycles of sugar and fat storage or release by the liver.

Every cell in the human body is driven by an internal clock that follows the circadian rhythm of 24 hours. It runs synchronously with the natural cycle of day and night, mainly controlled by sunlight, but also by social habits. In a healthy system, the adrenals produce glucocorticoid stress hormones every morning. The release of high levels of glucocorticoid before waking causes the body to use fatty acids and sugars as energy sources. This allows us to start the day. In circadian rhythm disorders (e.g., by shift work or jet lag) and / or changes in the glucocorticoid level (e.g., Cushing's syndrome or long-term clinical treatment), severe metabolic dysregulations such as obesity, type 2 diabetes, or fatty liver disease may occur.

The aim of the research team was therefore to understand the importance of the daily release of large quantities of stress hormones, the influence of these hormones on our internal clock and their role in daily metabolic cycles.

Metabolic processes of glucocorticosteroids in the liver

To study the metabolic functions of glucocorticoids in the liver, researchers characterized the activity of their receptor, the so-called glucocorticoid receptor, with new high-throughput technologies. Every four hours, day and night, they analyzed the liver of mice. Mice were fed either normal or high fat diet. Using state-of-the-art genomics, proteomics and bioinformatics techniques, the team was able to gain an idea of ​​when and where the glucocorticoid receptor exerts its metabolic effects.

The researchers analyzed the effects of daily fluctuations in glucocorticoid release in the 24-hour cycle of liver metabolism. They were able to illustrate how glucocorticoids regulate their metabolism during fasting (when the mice are asleep) and when eating (when they are active) by time-dependent binding to the genome. The study also shows how the majority of the rhythmic gene activity is controlled by these hormones. If this control is lost (in so-called knockout mice), this will affect the sugar and fat levels in the blood. This explains how the liver controls the amount of sugar and fat in the blood differently during the day and night.

As the glucocorticoid receptor is widely used in immunotherapy, the team next examined its genomic effects after injecting the drug dexamethasone, a synthetic glucocorticoid that also activates this receptor. "With this experiment," explains Dr. Fabiana Quagliarini, "we found that the drug response in obese mice differs from that in lean mice. This is the first time we have been able to show that nutrition can alter the hormonal and medicinal reactions of the metabolism. "

New insights for Chronomedizin and the therapy of metabolic diseases

Glucocorticoids are a group of natural and synthetic steroid hormones, such as cortisol. They have potent anti-inflammatory and immunosuppressive properties that can control the activity of the immune system. Therefore, they are widely used in medicine. The main drawback is that glucocorticoids may also cause serious side effects because of their ability to regulate sugar and fat metabolism: patients may develop obesity, hypertriglyceridemia, fatty liver, high blood pressure or type 2 diabetes.

"Understanding how glucocorticoids control the 24-hour cycles of liver gene activity and thus blood sugar and fat levels, we gain new insights into chronic medicine and the development of metabolic diseases. We were able to describe a new relationship between lifestyle, hormones and physiology at the molecular level. This indicates that obese people could react differently to the daily hormone release or to glucocorticoid preparations. These mechanisms are the basis for the development of future therapies, "explains Prof. Henriette Uhlenhaut.

Uhlenhaut headed the research team of the Institute for Diabetes and Obesity, Diabetes and Cancer at Helmholtz Zentrum München, the German Center for Diabetes Research (DZD), the Max Planck Institute of Biochemistry, Northwestern University's Feinberg School of Medicine in Chicago and the School of Life Sciences Weihenstephan at the Technical University of Munich (TUM).