Countries continue to negotiate on a common corona strategy 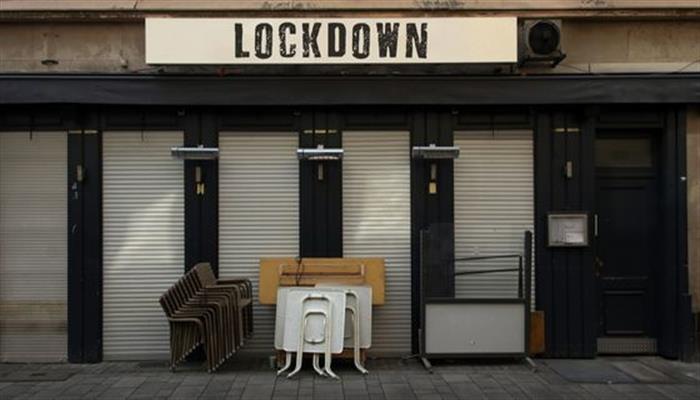 Berlin - The federal states are continuing to discuss a joint and longer-term strategy in the corona crisis. There had already been several rounds on the weekend. The federal states intend to agree on a joint proposal that will be decided with Merkel the day after tomorrow.

The first plans are summarized in a draft resolution that is available to the Deutsches Ärzteblatt. In it, the countries have outlined their further line. Relaxation is therefore currently not foreseeable - on the contrary, stricter rules will apply from December, as can be seen from the draft resolution.

In principle, the currently applicable measures are to be retained until December 20th. This applies to the closure of restaurants, cinemas and fitness studios, for example. Citizens should continue to stay at home if possible and also work there and refrain from traveling and excursions.

With an incidence of less than 35 new infections per week per 100,000 inhabitants, the federal states should be allowed to relax independently. After December 20, the measures are to be extended every two weeks if the situation does not improve. Countries with an incidence below 50 should then be able to decide independently.

From December 1, 2020 to January 17, 2021 - with intermediate rules for Christmas and possibly the turn of the year - private meetings should be limited to two households and a maximum of five people, with the exception of children under 14 years of age.

In publicly accessible buildings, buses and trains as well as in heavily frequented places in the open, where people stay in confined spaces or for longer periods, a general mask requirement should apply.

Over Christmas - from December 21st to at least 27th - people from more than two households should be able to come together. It is still unclear whether there will be five or ten at a time. Children under the age of 14 should not count.

Self-quarantine for several days is recommended for the period after the holidays. Agreements for the upcoming celebrations should be made with the churches. The guideline should be that large church services are to be avoided.

Banning of firecrackers planned
It also seems unclear whether New Year's Eve celebrations with five or ten people from more than two households are possible this year. The resolution proposal provides in brackets that the Christmas rules may apply until January 3rd - there is still no agreement on this.

In the submission, employers are asked to check whether business premises can be closed either due to company holidays or generous home office solutions from December 21, 2020 to January 3, 2021 in order to be able to implement the principle of staying at home nationwide.

It is already clearly stated that there should be no fireworks. Selling, buying and even igniting should be prohibited in order to relieve the emergency services, not to burden the health system further and to avoid group formation.

New regulations are also being considered in schools. If the incidence is over 50, it should be mandatory to wear a mask in class from the seventh grade onwards. Infection-free schools should be able to be excluded from this.

The federal states should decide for themselves about homeschooling. In addition, a new test strategy is planned: In the event of an infection in a class, students and teachers should be quarantined for five days and then run rapid tests. The federal government should make the tests available to the federal states.

Partial lockdown: Countries reportedly want extension to December 20
Corona measures: Controversial federal-state talks
Coronademo: Massive attacks on police officers
According to the proposed resolution, state aid for companies, the self-employed and associations affected by the closure should be extended. For areas that are expected to have major restrictions on business operations for months to come, the federal states are calling for the federal government to extend the bridging aid until mid-2021 - for example for the cultural and event industry, self-employed individuals and the travel industry. The federal government should also examine tax subsidies for statutory health insurance.

The goal of the measures was formulated by Berlin's Governing Mayor Michael Müller (SPD) yesterday evening in the ZDF's “heute journal”. "We want to record various steps at least in phases up to Christmas time, then over Christmas and New Year's Eve [...] well into January," said Müller.

They want to avoid having to make new decisions from week to week and always taking new measures. "And there is also a proposal for this that is now much longer-term than what we had before," said Müller, who is currently chairman of the conference of prime ministers.