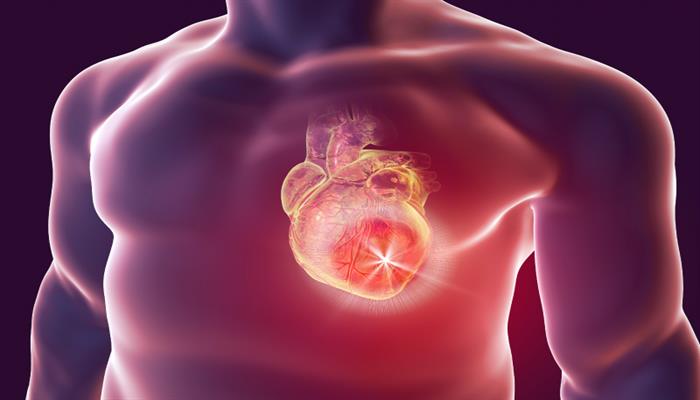 Cardiac or myocardial infarction is the leading cause of death worldwide. Scientists at Helmholtz Zentrum München, together with colleagues from other Bavarian research institutions, have now presented a study in the European Heart Journal, which shows that the risk of suffering a heart attack due to increased outside air temperatures has increased significantly in recent years. The risk of cold has not changed significantly over time.

Environmental factors can affect the human cardiovascular system. It has long been suspected that high temperature rashes can increase the risk of heart attack. "Especially for very low and very high temperatures that has been shown well. In the current study, we wanted to check how the risk of heart attack has changed over the years due to heat and cold. " Kai Chen, scientist at the Institute of Epidemiology at Helmholtz Zentrum München.

Together with colleagues from the Ludwig-Maximilians-Universität München, the Augsburg University Hospital and the hospital in Nördlingen, he examined data from the Augsburg Heart Attack Register. Over 27,000 cases of heart attack were included between 1987 and 2014. The average age of those affected was around 63 years, 73 percent of whom were men and around 13,000 cases were fatal. These individual infarcts were examined together with the meteorological data of the respective day and the previous days, and possible other factors such as weekdays or socioeconomic status were excluded. The most important finding from the study: "Over the course of 28 years, we have been able to detect an increased heat-induced risk of heart attack in recent years," says first author Kai Chen.

The researchers compared the results from 1987 to 2000 with those from 2001 to 2014. "The research has shown that, more recently, the risk of heart attack increases more rapidly as the average daily temperature increases than in the previous study period," says Kai Chen. In particular, people who are pre-stressed by diabetes or elevated blood lipid levels are particularly vulnerable today. The researchers suspect that this is partly due to global warming, but also increased risk factors for a heart attack, such as diabetes or hyperlipidemia, and thus make the population more susceptible to heat.

"Our study suggests that high temperatures as a trigger for a heart attack should be considered more often, especially with regard to climate change," explains study leader Dr. med. Alexandra Schneider. "Extreme weather events like the 2018 heatwaves in Europe could lead to an increased incidence of cardiovascular disease in the future. At the same time, it would be expected that cold-related heart attacks would become rarer. Our evaluations indicated a lower risk for the later period, but the risk drop was not significant and even very cold days are still considered to be a possible trigger for a heart attack. To what extent the increase in heat-related heart attacks and the decrease in cold-related heart attacks in the future keep the balance, you have to see, "said the epidemiologist. The working group is currently working on projections that model these developments, both for compliance and failure to meet the objectives of the Paris Climate Agreement (1.5 ° C and 2 ° C as targets). In addition, the researchers want to confirm the results obtained in Augsburg in further multicenter studies.